Tackle hire not available for these trips.

Hire tackle is available for fishing at anchor over wrecks as a part of Big Fish Days.

Cod – May to July

Mid channel wreck fishing is our longest day trip between 11 and 12 hours with steaming time ranging from 2 to 3.5 hours to reach the mid channel wrecks. We have several hundred wrecks to choose from 30-50 miles out from Poole Quay. Both Silver Spray boats are ideal for such long range sorties. A typical trip includes drifting over the wrecks fishing with lures for pollack and cod while the tide is running and anchor fishing with bait for congers, ling and black bream as the tide slackens.

While drift fishing the boat is positioned up tide of the wreck and the lines are dropped to the bottom 2-300 feet down. The boat then is allowed to drift over the wreck where the fish live. A drift lasts between 2 to 5 minutes at the end you have to wind up and the boat is motored back to the start of the drift. This can make for a tiring day with lots of winding.  Although we will try our upmost to make sure that anglers loose as little tackle as possible is inevitable that you will catch the wreck sometimes. It is for this reason that you need to have your own gear and be able to re-rig it and we don’t hire gear out for these trips. The skipper just doesn’t have time to re-rig gear that has been lost while driving the boat. We are happy to advise you on tackle to purchase for mid channel wrecking.

Anglers who don’t have their own gear are welcome on a big fish day which often include fishing at anchor on a wreck for conger, tope, rays and the occasional monster pollack.

While drift fishing cod are targeted near the bottom using a bouncing method, a quick drift speed due to wind conditions can make it hard to stay in touch with the bottom so bring leads up to a pound in weight for this. The pollack are targeted using a winding technique and are usually located high above the wreck feeding on mackerel and sprats. To make sure your lure looks as natural as possible on the drift we recommend a trace of 10 feet or more. When you feel a pull of a fish keep winding and don’t strike!

Around slack we have the option to anchor up and fish dead baits such as mackerel and pout to target conger, ling and later on in the year black bream. We first put the anchor in when the tide is decreasing down so you will need a big 2lb lead for the first drop before it cuts away down to nothing at slack water. Keep changing your lead to a smaller one so that you stay close to the wreck as the tide decreases.

Slack water is a perfect time to target large black bream, usually arriving on the deep water wrecks from August onwards. Our biggest bream now stands at 6lb 8oz which is only a few ounces shy of the British Record.  Ling can also be targeted on the drift using flappers dragged across the wreck at less than half a knot drift speed. Obviously this can be very easy to get stuck on the wreck so we recommend you use a weak link in between your main trace and lead so if you get stuck you don’t lose the whole lot. 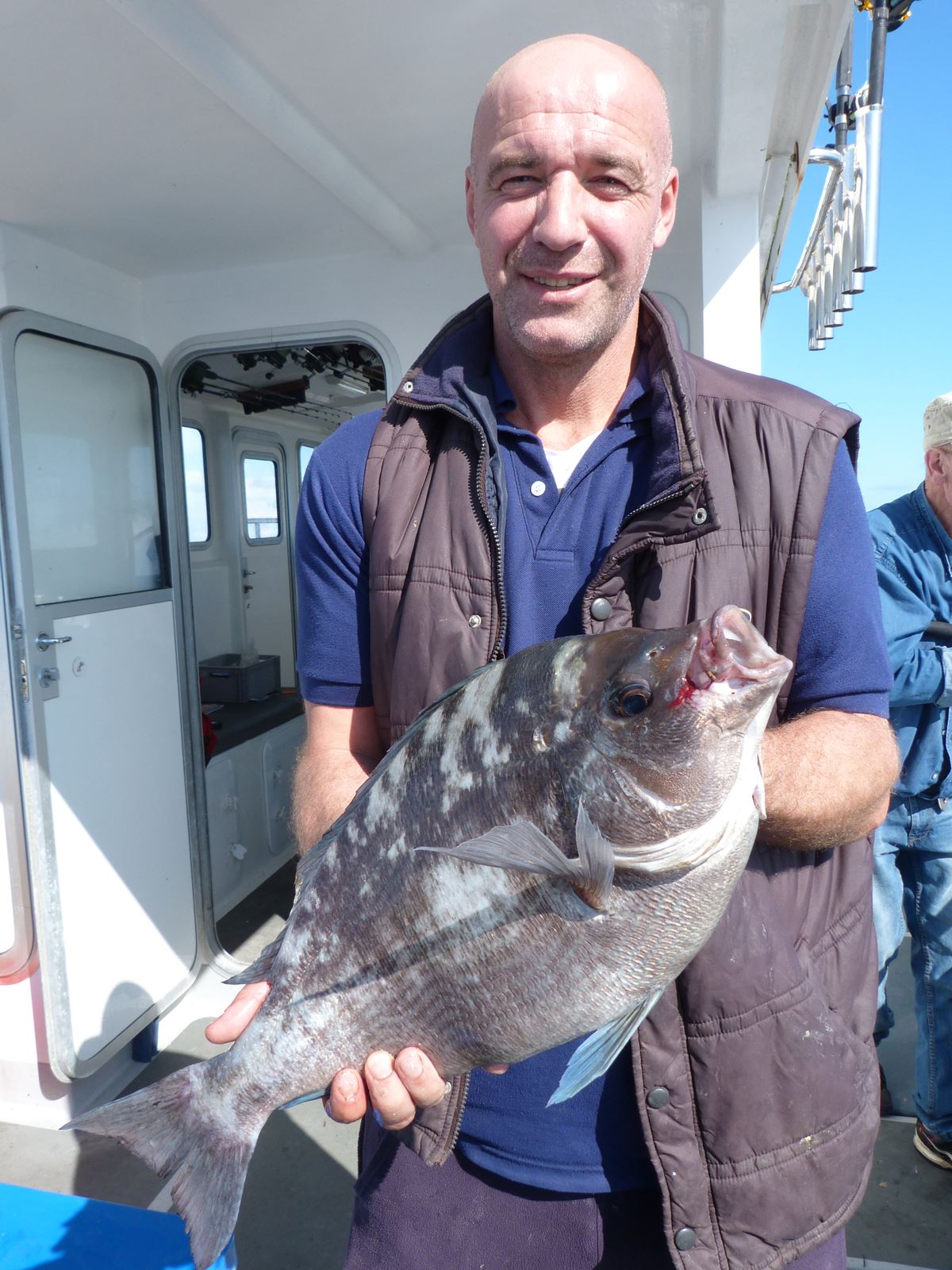 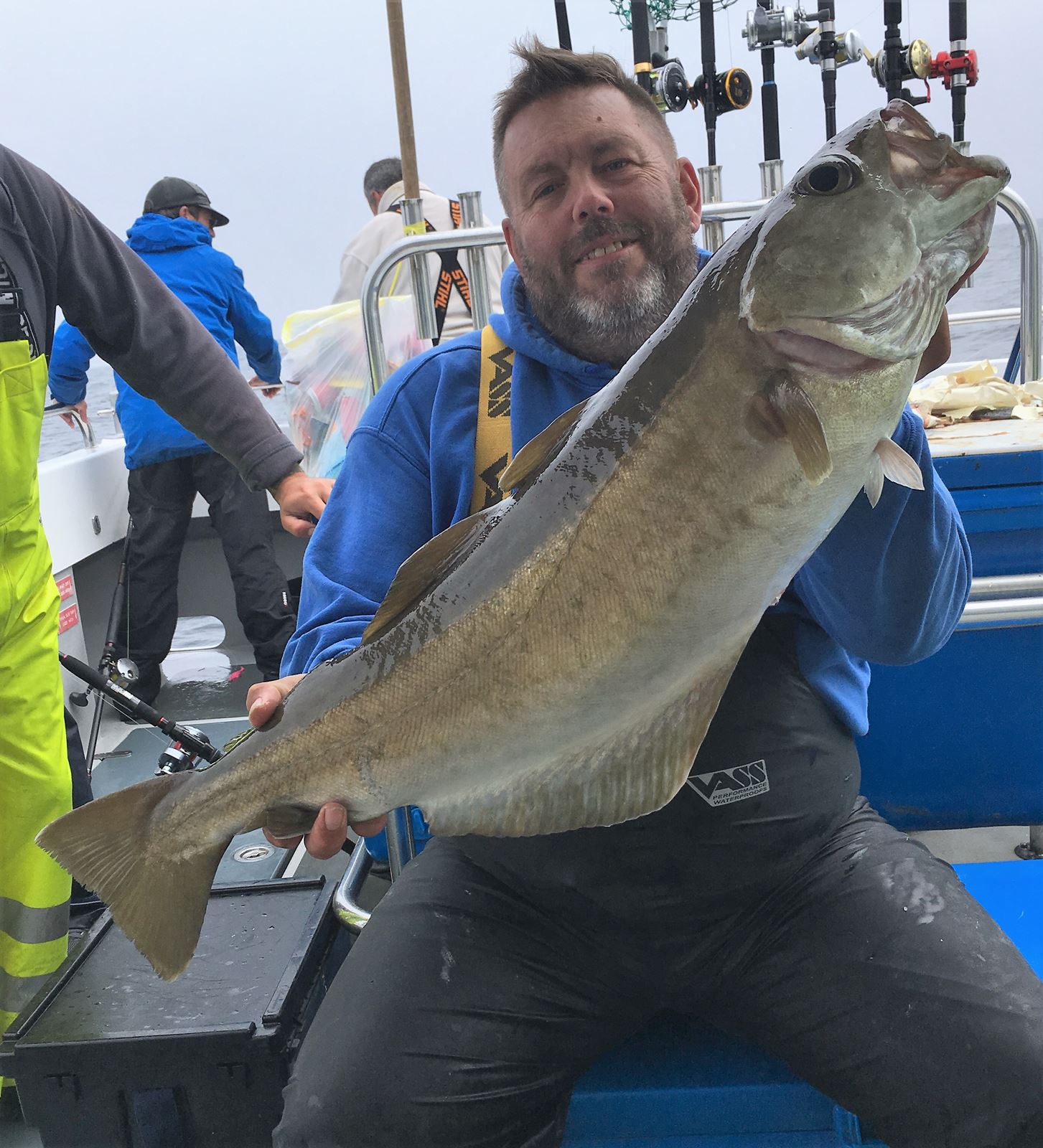 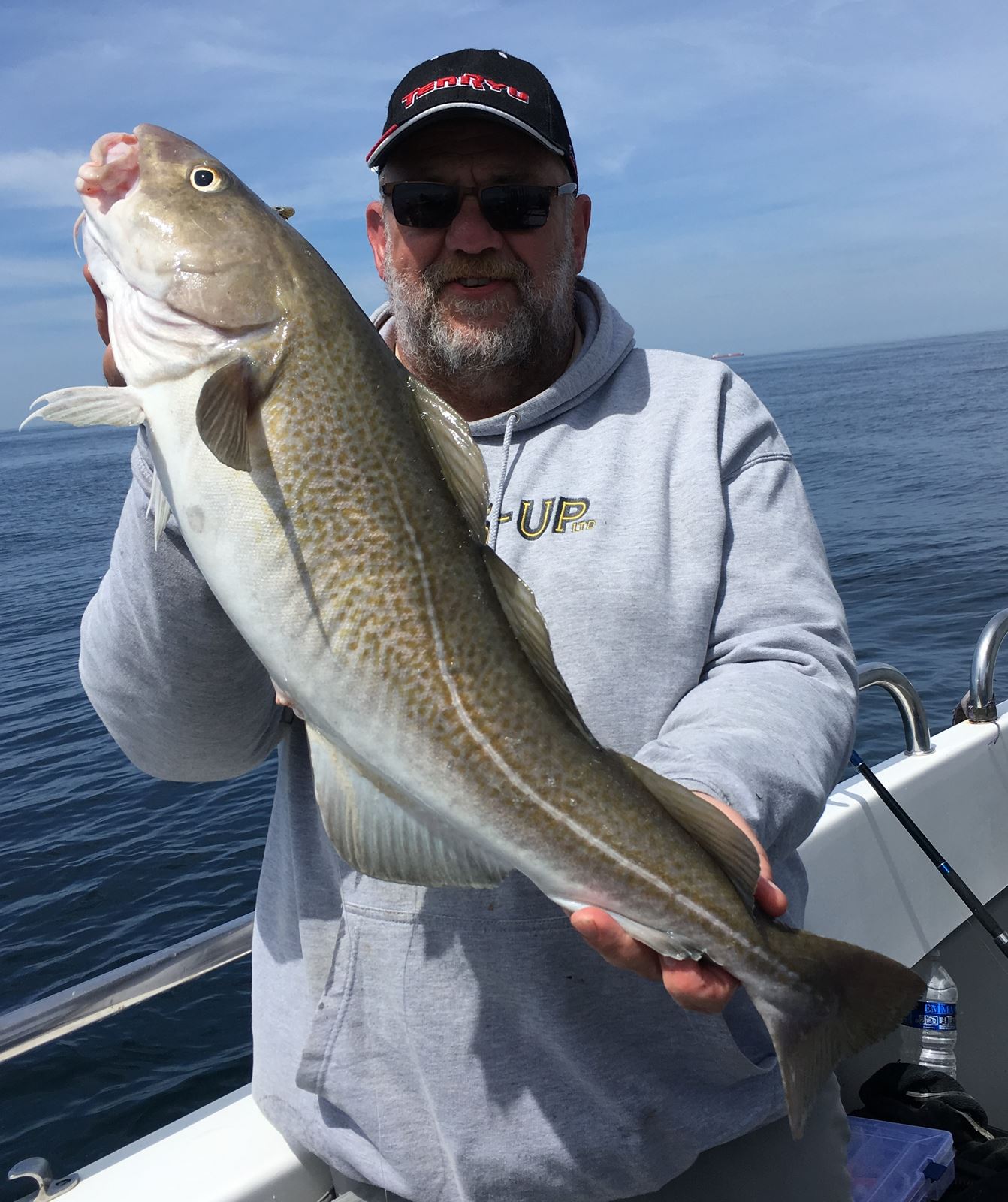 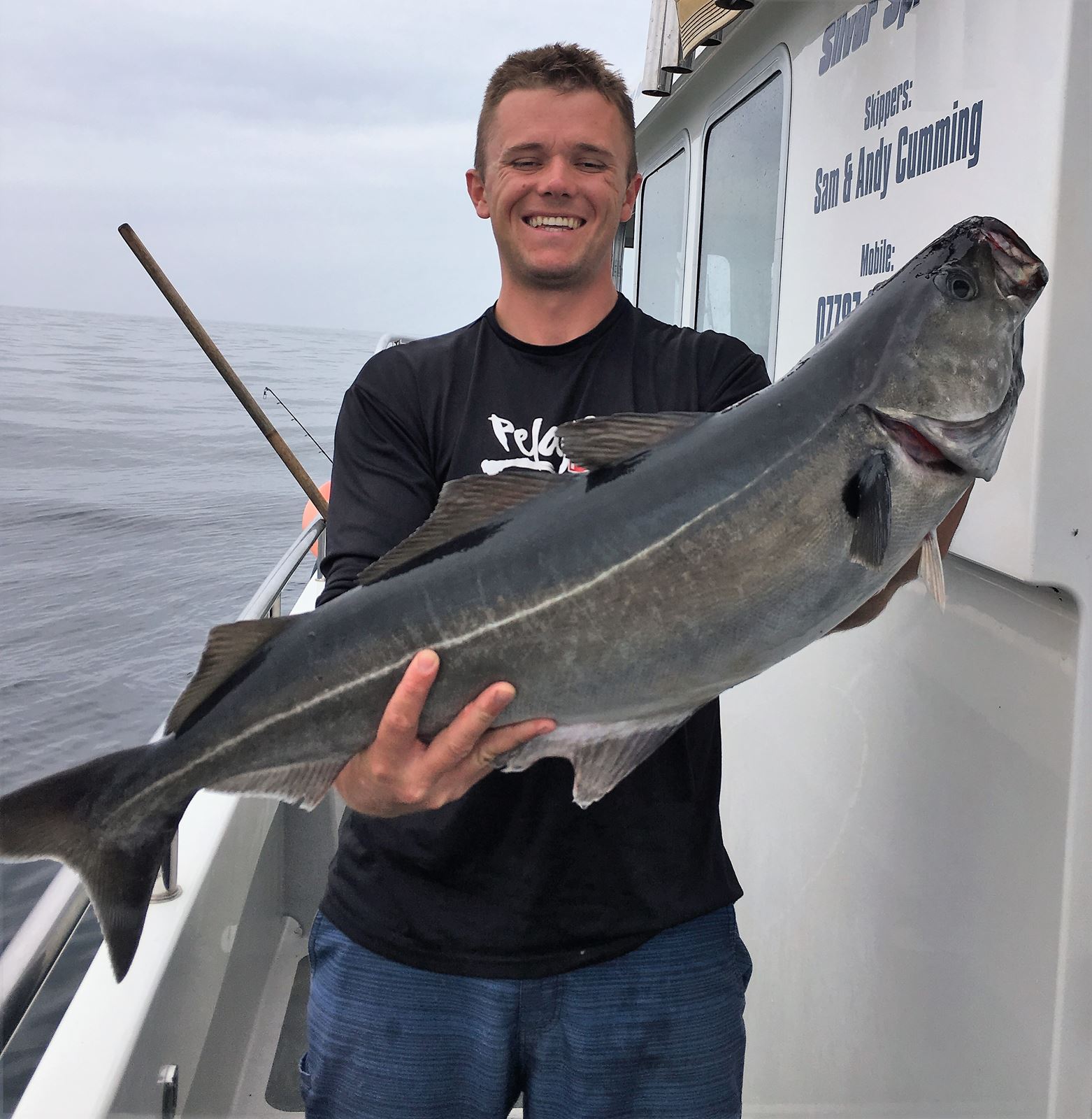 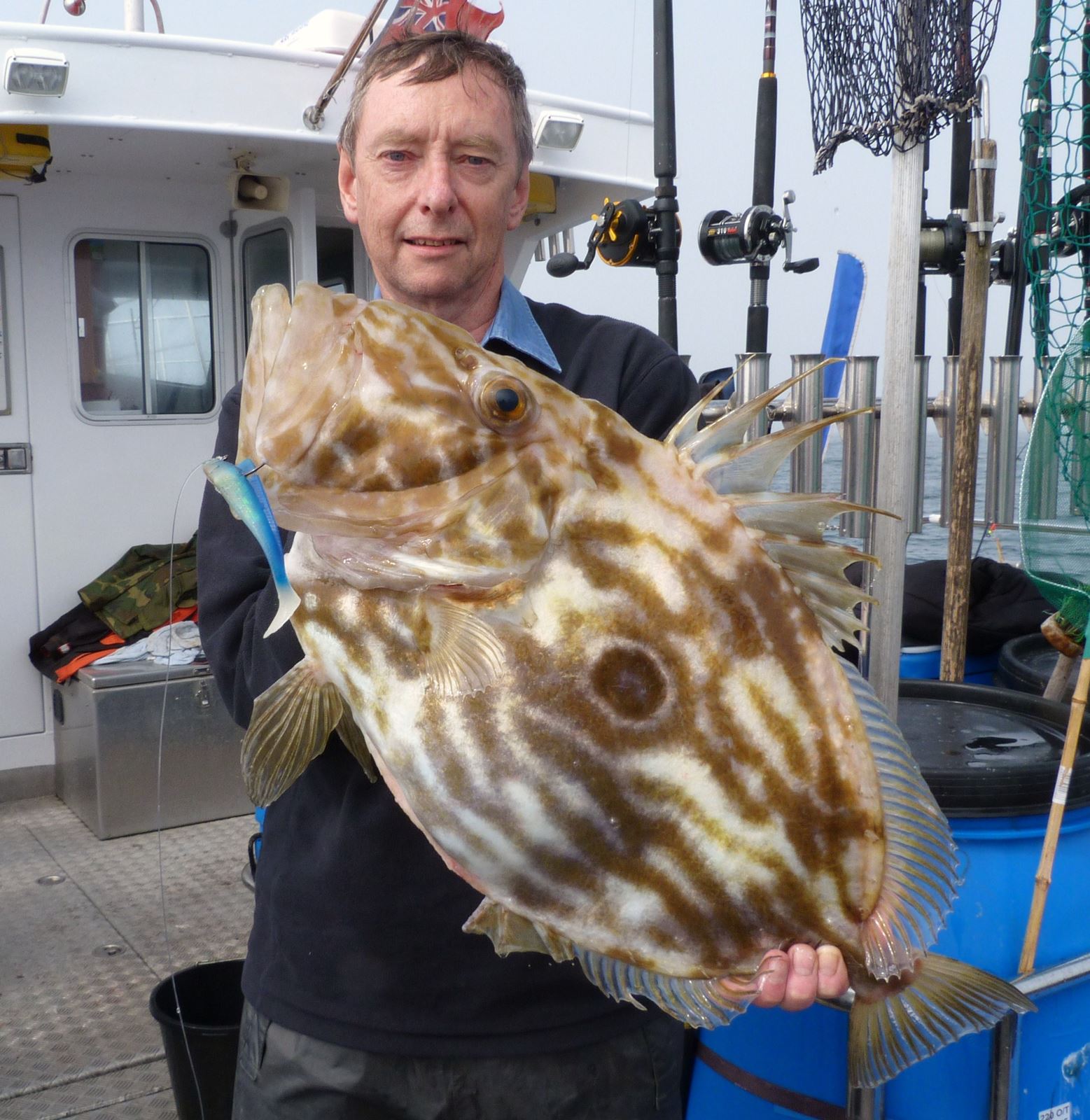 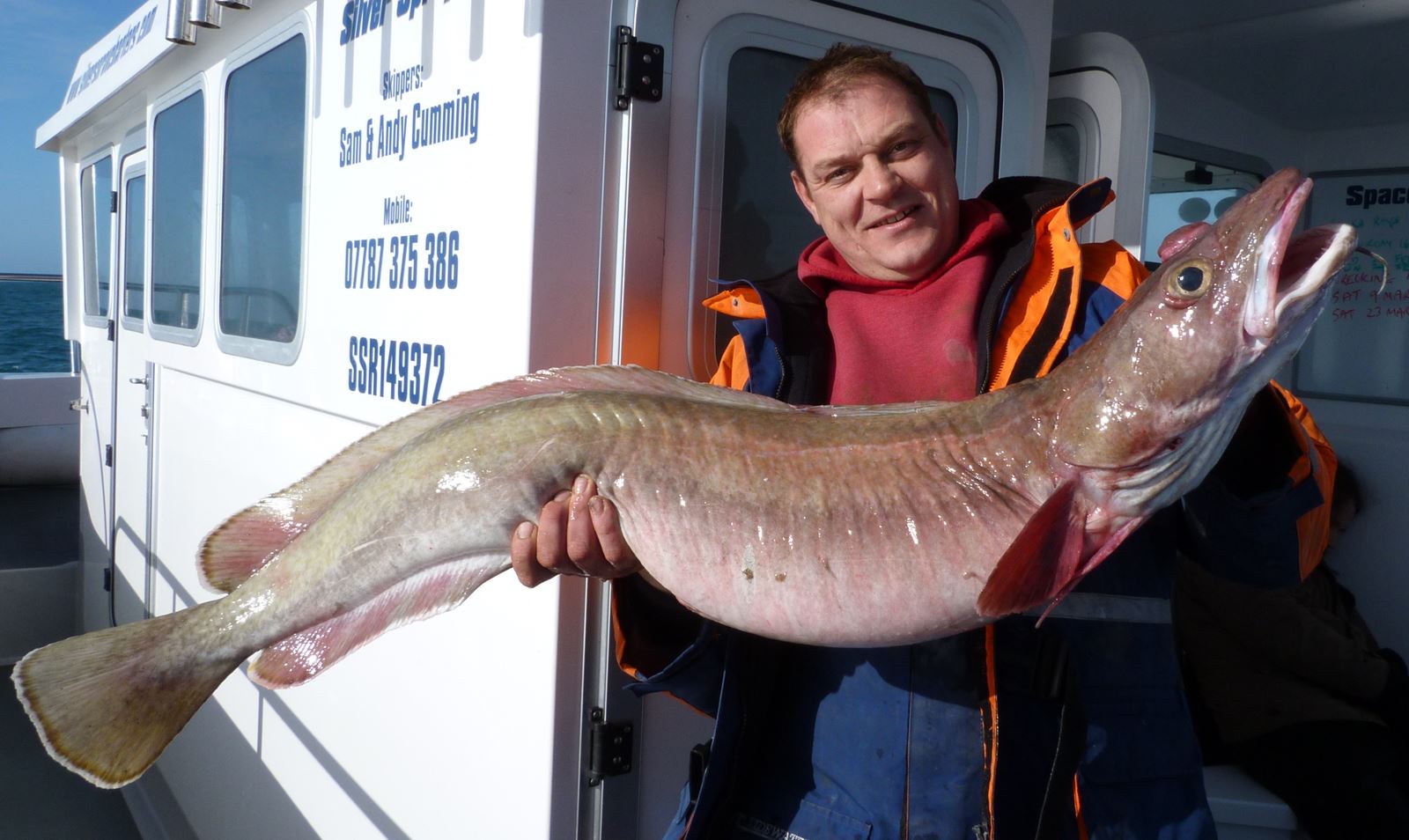 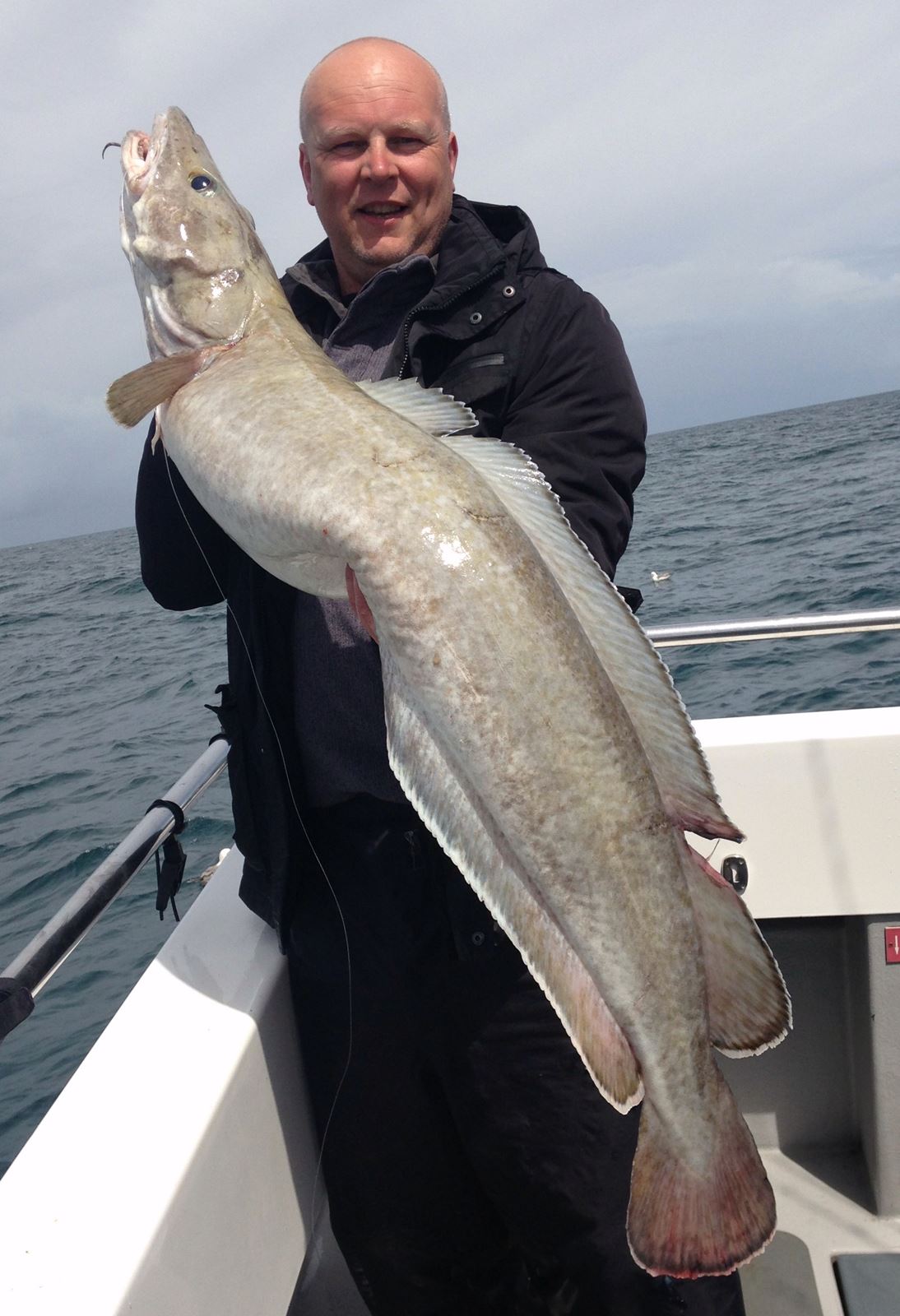 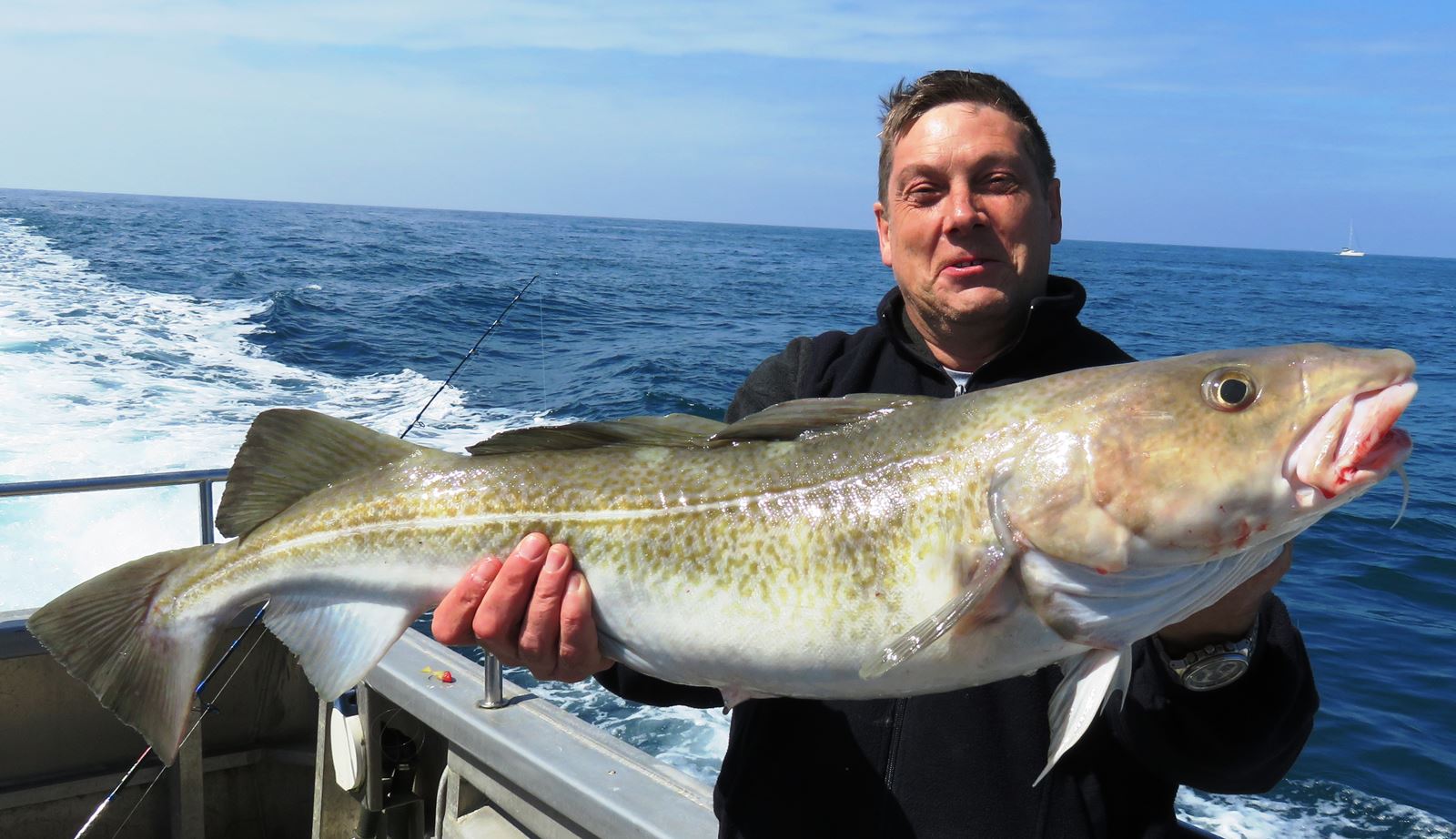 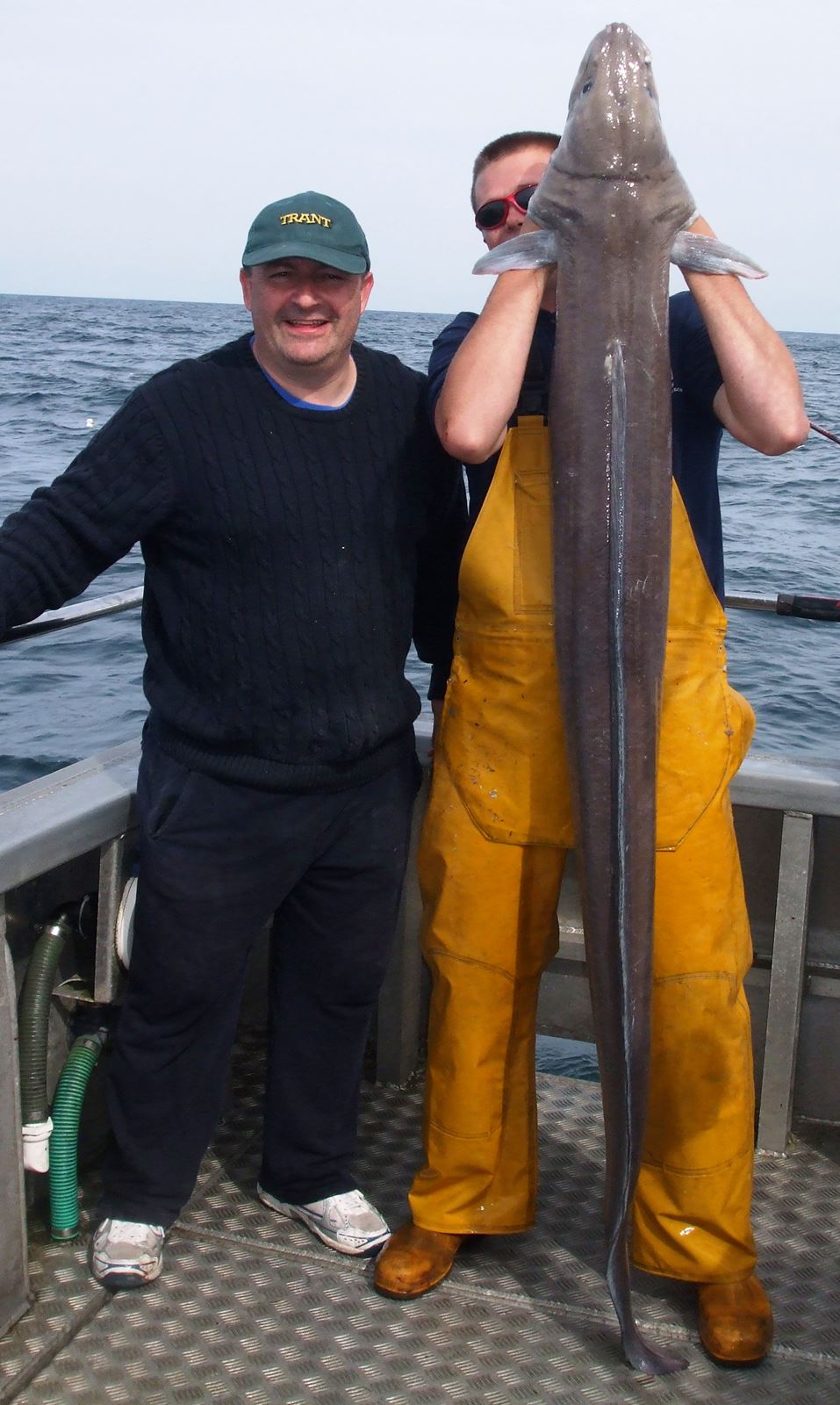 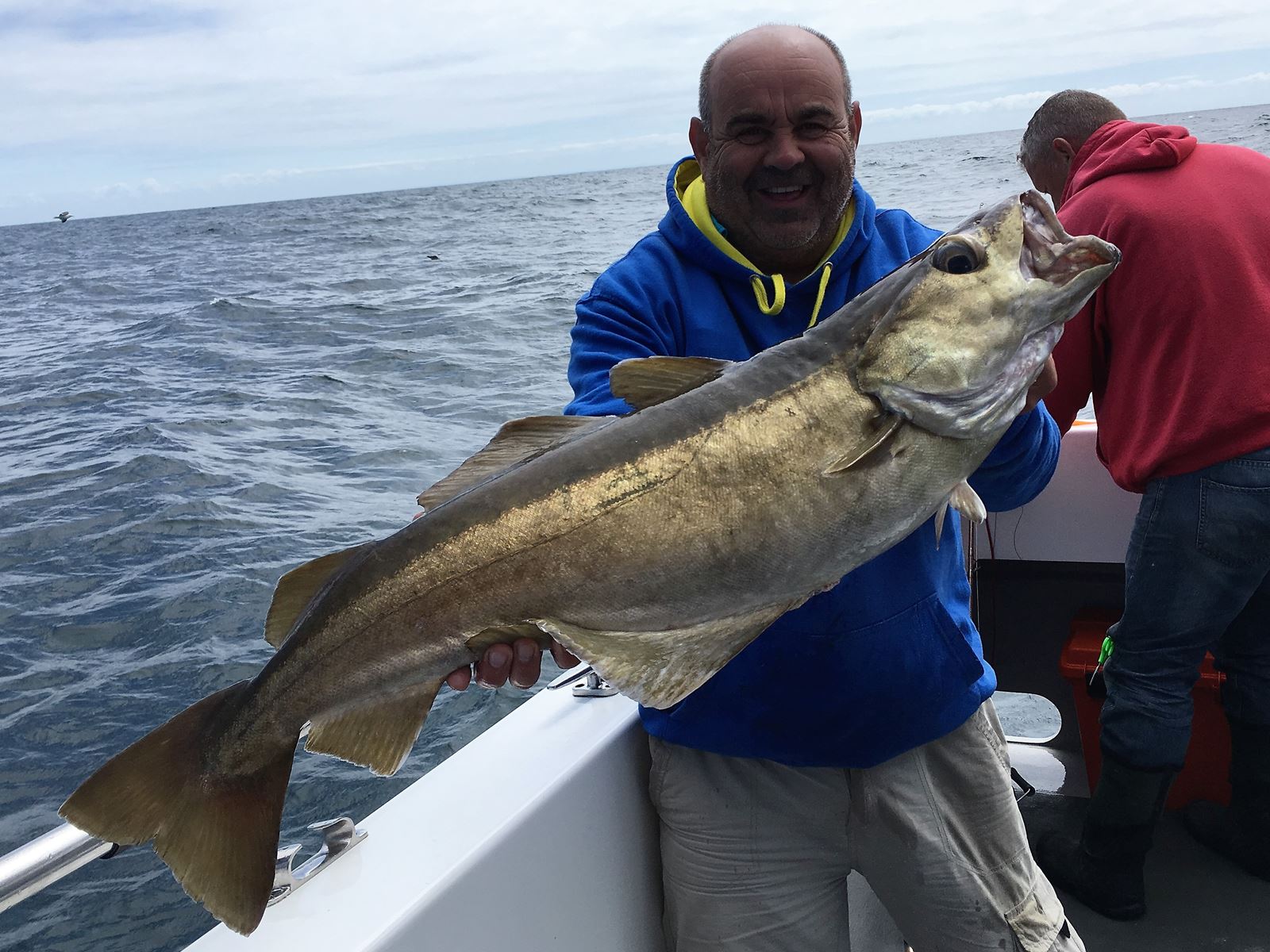